Required cookies are essential to let you move around the website and use its features, such as accessing secure areas, shopping baskets and online billing. These cookies allow our website to provide services at your request.

Functionality cookies are used to remember the choices you make, e.g. your user name, log in details and language preferences. They also remember any customisations you make to the website to give you enhanced, more personal features.

Targeting cookies collect information about your browsing habits to deliver adverts which are more relevant to you and your interests. They also measure the effectiveness of advertising campaigns.

This site uses cookies and related technologies for site operation, analytics and third party advertising purposes as described in our Privacy and Data Processing Policy. You may choose to consent to our use of these technologies, or further manage your preferences. To opt-out of sharing with third parties information related to these technologies, select "Manage Settings" or submit a Do Not Sell My Personal Information request.

From£40,905.00 OTR
Find Out More
We have offers across the range and we are here to help find the best offer for you. We can also tailor a finance solution for you and also organise your part exchange. Please contact us for more information on our great range of offers. Send an Enquiry

Driving a BMW will always be about the joy of the journey. Whether it’s a traditional combustion engine, plug-in hybrid or electric, it’s still The Ultimate Driving Machine. BMW’s range of plug-in hybrids delivers on this promise through superb eDrive performance, seamless connectivity and luxurious comforts - just as you would expect. Discover the full potential of the BMW Plug-in Hybrid range.

Speak with our BMW Hybrid specialists today. We are happy to answer any questions that you may have and will assist in finding the perfect car for your needs. 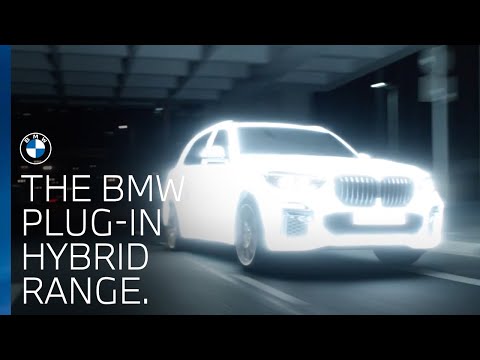 Free & Fast Online Part Exchange Valuations Interested in selling or part-exchanging? Use our tool to find out what your vehicle is worth. Value Now

Enjoy a perfect balance of practicality and performance with the BMW 225xe Active Tourer Plug-in Hybrid. Available with BMW eDrive technology and BMW TwinPower Turbo three-cylinder petrol engine, it can go from 0 to 62mph in 6.7 seconds when using both electric and combustion engines, and has a range of up to 32 miles* in purely electric mode.

With an all-electric range of up to 36 miles* and going from 0 to 62mph time in 6.5 seconds, (using both electric and combustion engines), the 330e Saloon reveals the sportier side of eDrive technology. Combined with the TwinPower Turbo 4-cylinder petrol engine, it also offers a total range of 372 miles.

As the first BMW Touring Plug-in Hybrid, the BMW 330e Touring and the BMW 330e xDrive Touring, which are both available in Summer 2020, offer an all-electric driving range up to 35* miles and a combined range of 372 miles. Discover functionality with a thrilling edge.

The BMW 745e Plug-in Hybrid is an elite performer. It brings together a BMW 6-cylinder TwinPower Turbo engine with BMW eDrive technology with the latest 4th generation battery for spectacular results. In pure electric mode, it offers speeds of up to 87mph and a range of up to 31 miles*.

If you love the BMW X range, the BMW X1 xDrive25e Plug-in Hybrid, which features the latest 4th generation lithium-ion battery, has everything you want. It offers up to 32 miles* of pure electric driving and, thanks to a selection of intelligent driving modes such as AUTO eDRIVE, automatically selects your power source and lets you just enjoy the drive.

Perfect for your urban adventures, the BMW X2 xDrive25e offers up to 32 miles* in pure electric mode. Designed to be a modern and compact Sports Activity Coupé, it features a 4th generation lithium-ion battery and the latest hybrid drive. What’s more, the combination of the eDrive electric motor and three-cylinder petrol engine ensures that your adventures don't have to stop.

The BMW X3 xDrive30e Plug-in Hybrid SAV is a car for all seasons. It offers up to 28 miles* of pure electric range, while also delivering outstanding xDrive handling. What’s more, it goes from zero to 62mph, when using both electric and combustion engines, in 6.2 seconds.

When powered solely by BMW eDrive technology, the BMW X5 xDrive45e offers up to 54 miles* of pure electric range. But don’t worry, if you’re looking for a little more oomph, using both electric and combustion engines, it has a combined power output of 394hp and goes from zero to 62mph in 5.6 seconds.

What is a plug-in hybrid car (PHEV)?

A plug-in hybrid vehicle (PHEV) has a combustion engine and an electric motor that can be recharged via a cable. Both are able to propel the vehicle independently or in combination.

How does a plug-in hybrid work?

Plug-in Hybrid vehicles combine a conventional combustion engine with an electric motor. Intelligent interplay between the two enables a saving in fuel to be achieved, lowers exhaust emissions and provides an exceptional driving sensation. On journeys up to approx. 30mph, a plug-in hybrid generally runs on pure electric power provided it makes sense, such as in urban areas. For maximum efficiency in different driving situations, such as longer journeys or rapid acceleration, it uses the combined power of the electric motor and combustion engine. If the battery which powers the electric motor has no charge, the vehicle will solely use the combustion engine.

What is the (electric) range of a plug-in hybrid vehicle?

The electric range of a plug-in hybrid vehicle depends on the size of the battery. In the case of BMW, the maximum electric range is between 26 and 54 miles*, depending on the model. The overall range through the combination with the combustion engine is of course significantly higher.

*These figures may not reflect real life driving results, which will depend upon a number of factors including the starting charge of the battery, accessories fitted (post-registration), variations in weather, driving styles and vehicle load. Figures shown are for comparability purposes. Only compare fuel consumption, CO2 and electric range figures with other cars tested to the same technical procedures. Plug in hybrid vehicles require mains electricity for charging.

How is a plug-in hybrid vehicle charged?

Using a standard charging cable, plug-in hybrid vehicles can be charged from a conventional 3-pin socket. For a faster charge, you can also use a charging station or a wallbox. The BP Pulse wallbox is equipped with its own charging cable. For public charging stations, you need what is known as a “public AC charging cable” with the “Type 2” plug on both ends, this is included as standard on all BMW plug-in hybrid models from April 2020. A further method of charging is through the use of high-power charging (HPC) stations, such as those of IONITY. Often known as ‘rapid charging’, at present these stations are only compatible with what are known as CCS plugs, which currently are not compatible with BMW plug-in hybrids. In addition, a plug-in hybrid can also obtain part of its charge via recuperation.

Can a plug-in hybrid be charged during its journey?

Yes, it can. A BMW plug-in hybrid can regain part of its energy when braking (recuperation). Whilst the most efficient way to charge your plug-in hybrid is at home or from a charging point, charging can also take place during the journey with the function known as Battery Control Mode. This mode maintains the charge of the high-voltage battery constantly at the desired level or increases it to the preset value, by having the electric motor function as a generator. In this way, for example, it is possible to use Battery Control Mode during a motorway journey to protect or even increase the electric power reserves so that a subsequent urban route can be covered without any local emissions.

How do the ranges differ between plug-in hybrid vehicles and electric cars?

A plug-in hybrid vehicle has a lower electric range than an electric car but a greater overall range. Assuming the vehicle is sufficiently charged, the purely electric range of BMW plug-in hybrids lies between approx. 26 and 54 miles*, depending on the model. For most everyday users, this is entirely sufficient when the range from the combustion engine is added. The purely electric range of the BMW i3 currently extends up to 188 miles, an everyday range that will be increased to approximately 250 miles^ with the BMW iX3.

*These figures may not reflect real life driving results, which will depend upon a number of factors including the starting charge of the battery, accessories fitted (post-registration), variations in weather, driving styles and vehicle load. Figures shown are for comparability purposes. Only compare fuel consumption, CO2 and electric range figures with other cars tested to the same technical procedures. Plug in hybrid vehicles require mains electricity for charging.

^These are provisional values.

Do I have to select petrol or electric mode?

New BMW plug-in hybrids come with Anticipatory hybrid mode. Using BMW Navigation with Real Time Traffic Information, it automatically selects the optimum power source depending on the journey and the traffic conditions. However, drivers can change this manually using the eDrive buttons on the centre console.

Will a plug-in hybrid save me money?

Plug-in hybrid vehicles offer cost savings when it comes to recharging (in comparison to refueling), but this depends on energy tariffs and through Benefit in Kind (BIK) rates. For example, the X5 xDrive45e qualifies for the new 6% threshold BIK rate, which comes into effect in April 2020. However, there are various costs involved with car ownership, maintenance, and purchase (Plug-in Hybrids tend to be higher in cost compared to the equivalent Internal Combustion Engines models) – so any cost savings do depend on the use of the vehicle.

Charging On The Go. The BMW mobility service, ChargeNow, provides access to over 7,000 partner charging stations across the UK. These include public charging provided by BP Pulse, which is the largest network in the UK.
Charging At Home. Thanks to the BP Pulse wallbox, BMW drivers can charge their plug-in hybrids up to 80% capacity in approximately three to five hours, which is 70% faster than a conventional 3-pin socket.
Charging Cables. All new BMW plug-in hybrids now come with two cables: a standard BMW charging cable, which can plug into any conventional 3-pin socket; and a BMW AC Fast Charging Cable (Type 2) – when used at public AC Fast Charging stations can typically provide 80% battery capacity in three to five hours.
Hybrid Range Your Next Steps
Send an Enquiry
Book a Test Drive
Find a Dealer
View All Offers
Book A Test Drive
Book A Service
Sell Your Car
Contact Us
Careers
Eastern BMW
Edinburgh’s Luxury Car Village
Newbridge
EH28 8TG

Company Info
Back to Top

Calls may be monitored for quality and training purposes. Eastern Western Motor Group Ltd is authorised and regulated by the Financial Conduct Authority for credit broking and insurance distribution activities under reference number 310505 – we are a credit broker not a lender. Registered Office: 8 Westerton Road, East Mains Industrial Estate, Broxburn West Lothian EH52 5AU Registered in Scotland No. 14833 VAT Registration No. 269233051 We work with a number of carefully selected credit providers who may be able to offer you finance for your purchase. We are only able to offer finance products from these providers.